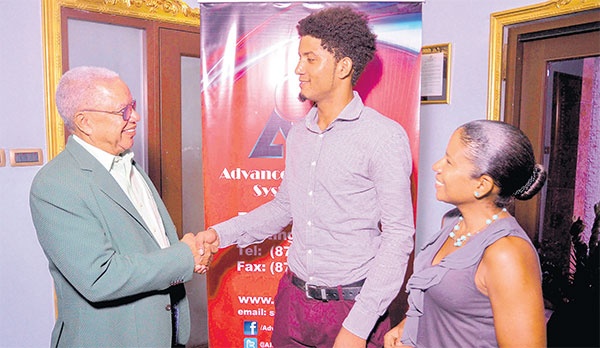 CHANOYE NEICKA-JAE Lee, a student of York Castle High in St Ann has copped a $1m scholarship from local tech company Advanced Integrated Systems (AIS). He will attend medical school at The University of the West Indies, where the tuition will be fully paid by AIS. In addition, he is to receive a monthly stipend to assist with other day-to-day expenses at the school.

According to Douglas Halsall, chairman of AIS, the young recipient exuded great qualities not only academically, but he was very humble, even as he faced serious financial constraints.

“The AIS scholarship was... read more 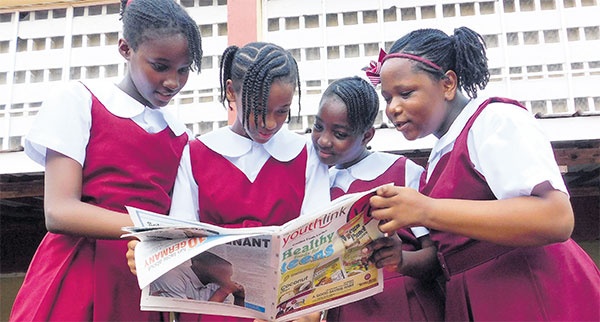 GLENMUIR HIGH School, located at 10 Glenmuir Road, May Pen, proved itself to be a very prestigious and welcoming institution when the Youthlink team, accompanied by Creation Foods Ltd, visited the institution on Tuesday, September 17.

Upon first encounter, the school grounds appeared well maintained, and it was clear that the student-teacher relationships were worthy of admiration. The principal and vice-principal warmly received us and were more than happy to assist us in any way that they could. During our time at the school, we were greeted by many smiling faces and hard-working... read more 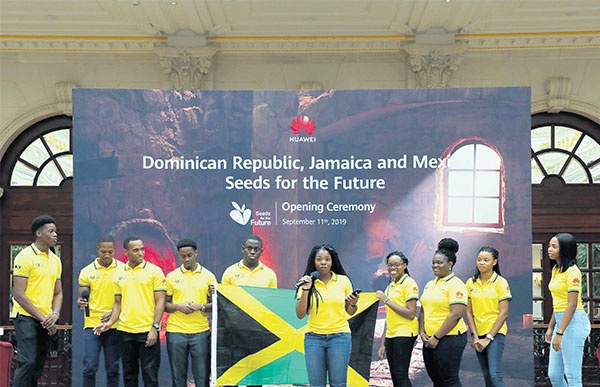 The Jamaican students during a trip to China for cultural exchange programme, courtesy of Huawei.

A totak of 30 university students from Mexico, the Dominican Republic and Jamaica were recently in China for a training programme offered by tech giant Huawei. The programme, called ‘Seeds for the Future’, is aimed at spreading knowledge, increasing awareness of and interest in information and communications technology, and encouraging broad participation in digital communities, according to the company.

The students visited the company’s office in Beijing and its headquarters in Shenzhen during the two-week programme, which ended on September 20.

It offered the Latin... read more 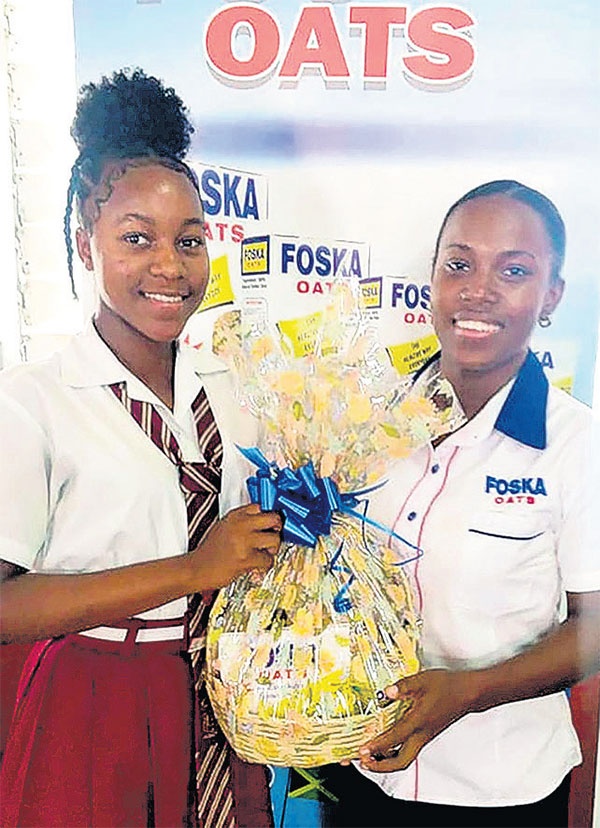 This week, the Foska Oats brand, a product of Chas E. Ramson Limited, brings a special element to the Made in Jamaica series. As a product that was originally manufactured in Denmark, Foska Oats represents the power that time and wholehearted community engagement have in making something our own in Jamaica.

Foska came to Jamaica in the mid-1960s after Jamaican Lauritz Ramson entered into a joint-venture agreement with the Kellogg’s company to start manufacturing the oats here in Jamaica. Once Foska Oats became a local entity, it joined the Jamaica Manufacturers and Exporters’... read more 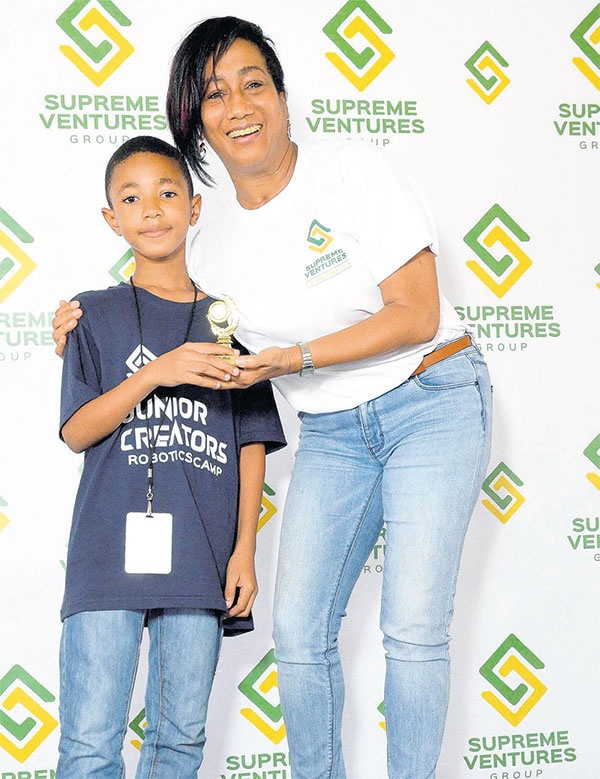 There are several quips and quotes about the determination of a ‘man with a plan’, and 11-year-old Clarendon resident Samuel Ellis was more than determined to ensure his plan of attending the Supreme Ventures Foundation (SVF) Junior Creators Robotics Camp was realised.

The diminutive sixth-grader, with a resolve almost three times his size, tried every means possible until he was accepted to attend the fourth staging of the camp that was hosted at Ardenne High School in St Andrew. 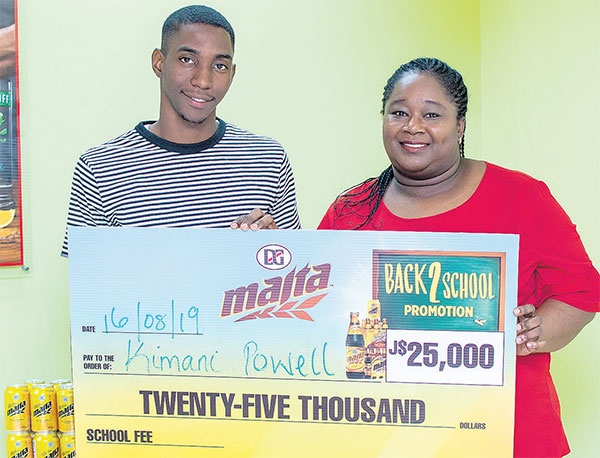 If you’re a 22-year-old man hailing from Jobs Lane in Spanish Town, with socio-economic realities working against you, odds are that you probably won’t go to university. However, Kimani Powell has defied these odds and looked forward to going off to the University of Technology this September to pursue his dream of tertiary education.

A few years ago, as a student at Spanish Town High School, things were tight, so Kimani took odd jobs to help his parents send him to school. Later, the young St Catherine resident got a job helping to prepare and serve meals as a corporate soft-dining... read more 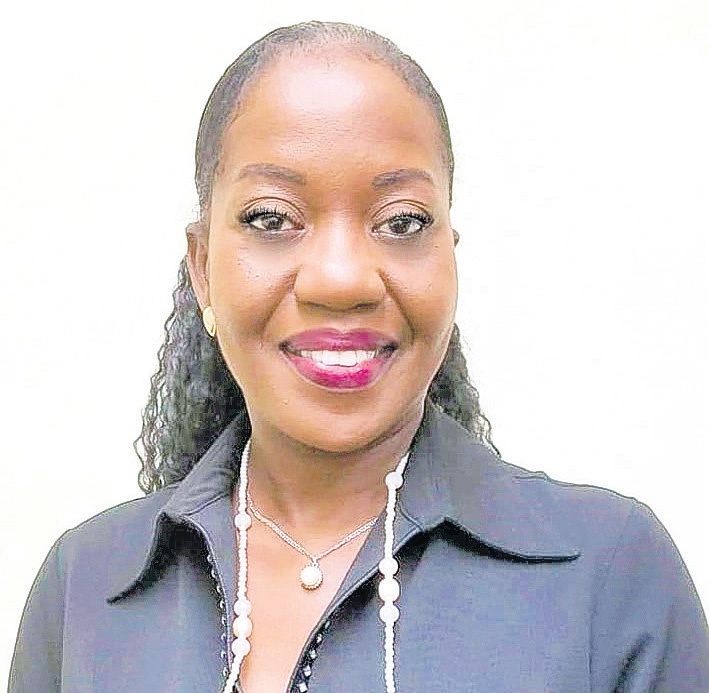 This year Burger King celebrates 35 years of service to Jamaica. Burger King has been a staple in so many lives, whether as students, parents for business and social occasions. Here, some readers share their “special Burger King experiences”.

“‘Home’ is one word I could use to describe Burger King. Some of the best days of my life Burger King has been a part of. They’ve been there for me since childhood, whether it was going to birthday parties and playing in the ball pit, sliding down the slides, or working hard to get good grades in... read more 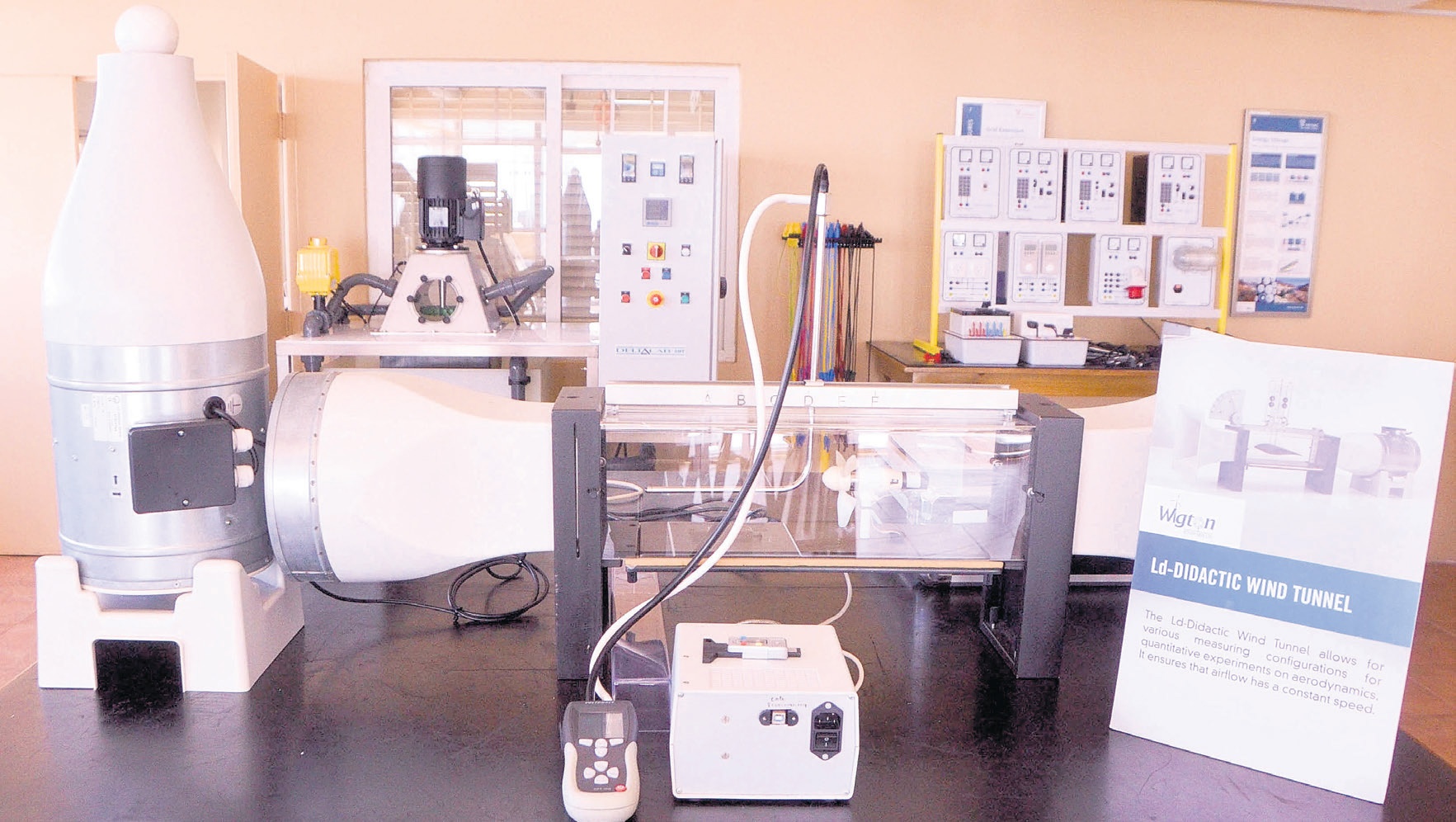 The Ld-Didactic wind tunnel is a learning aid for students measuring configurations for qualitative experiments.

WIGTON WINDFARM Limited, a subsidiary of the Petroleum Corporation of Jamaica, is a catalyst for change as it engineers Jamaica’s transition from fossil fuel dependency. To date, the state-of-the-art facility has saved Jamaica approximately $54 million and alleviated the need for approximately 65,000 barrels of oil per annum. With cutting-edge research and continued training, that number is set to increase steadily in the coming years.

Schools to make positive impact on communities through social enterprises

The British Council hosted a seed funding handover event earlier this month at the Terra Nova All-Suite Hotel for the eight schools that were added in phase two of the Social Enterprise in Secondary Schools Programme.

The three-year programme, a partnership with Victoria Mutual Foundation and the Ministry of Education, Youth and Information, seeks to address school-to-work transition gaps by teaching social enterprise concepts and skills. It will support students to develop skills that motivate them to consider entrepreneurial solutions to their employment concerns. The programme... read more 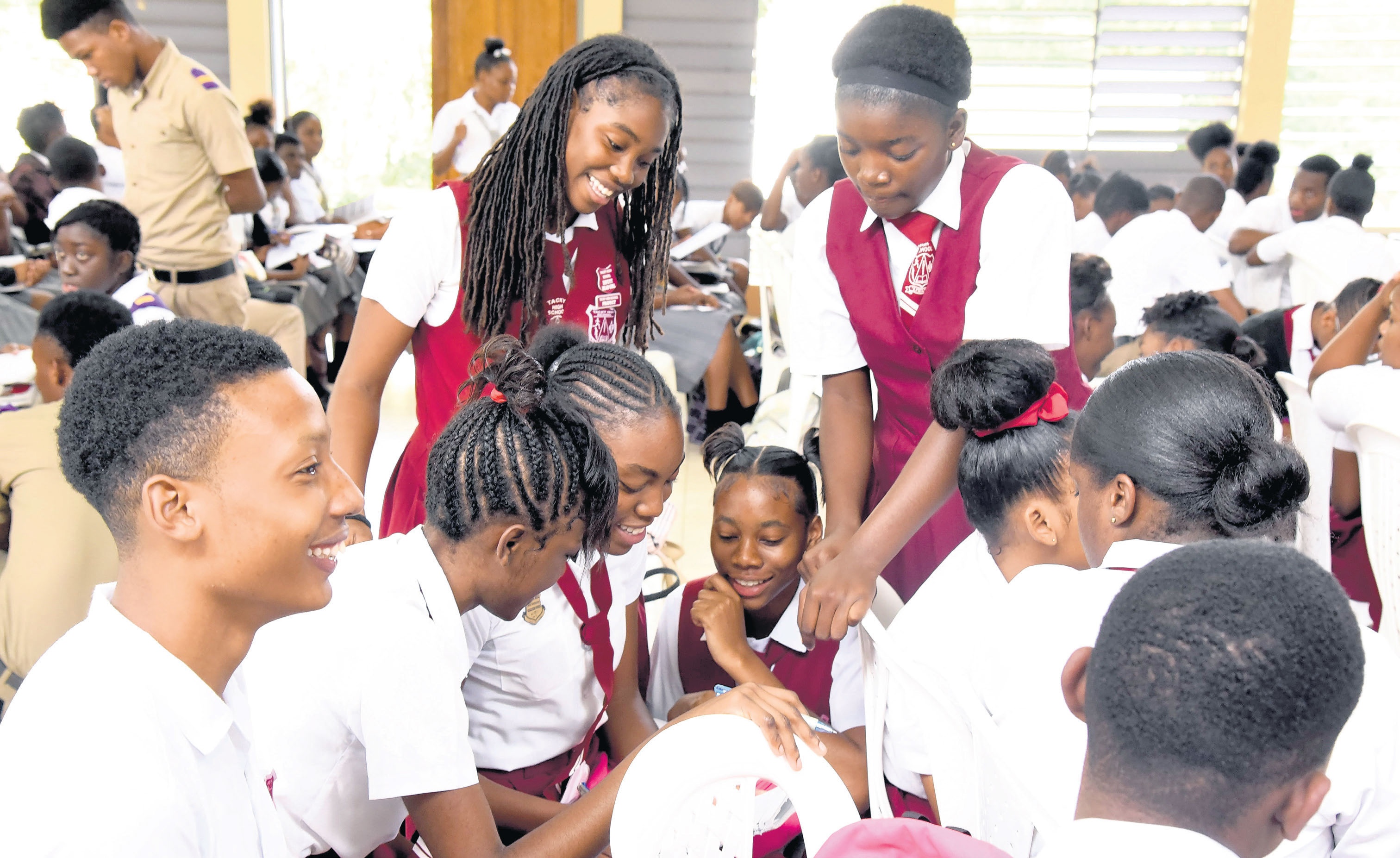 The Gleaner’s Youthlink continued the 19th staging of its annual CSEC seminar on April 5. As with all the other seminars, the main goal was to highlight these challenging topics students may face in the upcoming examination period and preparing them to tackle these topics as best as possible. Routinely, the five-segment seminar commenced in Savanna-la-Mar then moved to Montego Bay for the western sections. Ocho Rios initiated the seminar for the central areas of the island.

Students got the opportunity to compete, as always, in exciting maths and English competitions to win prizes,... read more