Team AISK took home the prize for the largest team with 149 participants.

The UWI’s AZ Preston Hall team members are all smiles after copping the prize for second-largest team with 133 participants.

THIRTEEN-YEAR-OLD DEMOY Small crossed the finish line in 19:15:00 to become one of the youngest winners of the Colour Me Happy 5K Powder Run, held recently in Hope Gardens, St Andrew.

Small, who entered the race as part of the Guardian General Insurance Jamaica group, proudly accepted the first-place prize in the male under-16... read more 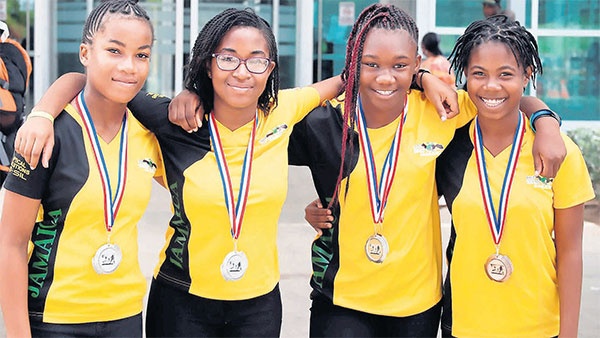 Celebrating their win are (from left) Tsenaye and Gianna Lewis of Wolmers High, Solesha Young of Alpha Academy, and Kelsey Davidson of St Jago High. Together they earned a silver in the under 15 category for Jamaica, while Solesha and Kelsey got a bronze in the doubles under-15.

Her sister, Il-year-old Tsenaye Lewis, earned second place after the sisters faced off in a final for the first time. Tournament organiser Stephen 'Spoon' Grant, director of KSATTA, said that from his recollection, this may have been the first time that a 14-year-old is taking the women's open category of the competition.

Gianna also took first place in under- 15 and second place in the under-18 categories, while... read more

AS THE sun made its ascent above the Grizzlys Plantation Cove in St Ann, the second annual staging of the Northern Championships got under way on Saturday, January 26, under the motto ‘Breaking Barriers, Honing Skills’. More than 20 high schools within St Ann, St Mary, and Trelawny participated in the meet, a sharp increase from its inaugural staging in 2018, which saw only 11 schools competing from the region. 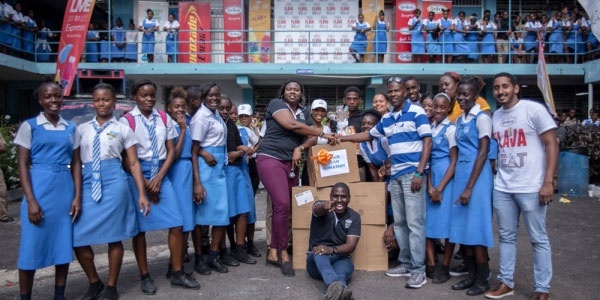 The Grace Flava With A Beat Champs School Tour would not be complete without a visit to the Edwin Allen High School. On March 2, the Grace Team packed up and headed to Clarendon where the students proved why they are the reigning girl champions - not only in Track and Field, but in vibes and talent!

“The vibe here today is positive all around - positive thinking, positive attitude, positive energy. Now you know why Edwin Allen is always coming out on top for the Girls’ school. The students are excited and Grace, as usual,... read more 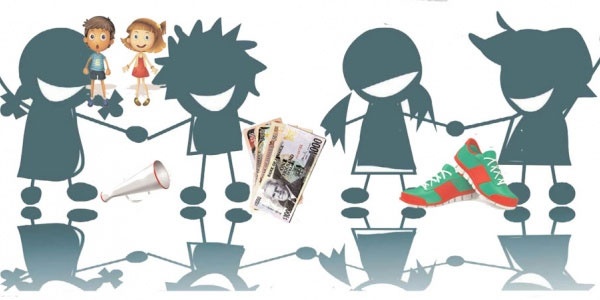 Spectators of all ages gather to watch our high schoolers battle for dominance in one of Jamaica’s most cherished events, Champs. From March 20-24 this year our National Stadium will be packed with tension as each person roots for their favourite schools competing in the ISSA/Grace Kennedy Boys and Girls Championships. In attending such a lively event, persons will want to ensure that they have all the knowledge and materials needed to thoroughly enjoy their time - pay attention to this list of Champs must-haves to do just that!

Grace flava with a beat' champs tour: Hydel gets a taste of champ 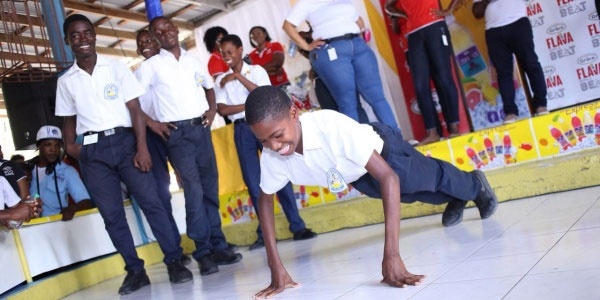 As the 2018 staging of the ISSA-GraceKennedy Boys and Girls' Champs draws near, the Grace 'Flava with a Beat' Champs School Tour made its fifth stop at Hydel Group of Schools on Wednesday, February 28. The Grace team was met with high energy and vibe from the student body, which was eagerly anticipating the day's activities. Although students were all seated in the auditorium, this didn't stop them from bringing their own 'Flava with a Beat'!We caught up with channel, programmes and promotions manager at Grace Foods, Ricardo Smith, who gave us his thoughts on the tour so far.

Rabalac Blazing the track and the stage 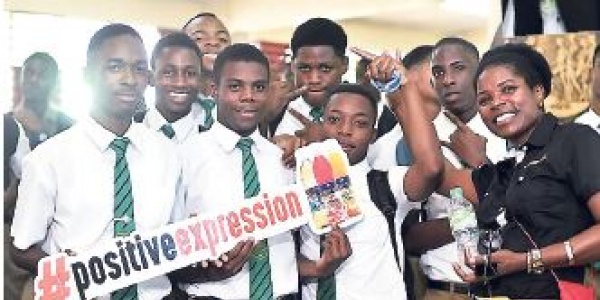 The Grace 'Flava With A Beat' Champs School Tour made its third stop at the home of the reigning champions of the ISSA/GraceKennedy Boys' Championships, none other than Calabar High School, on Friday, February 11. As the school bell rang, the boys crowded the auditorium for the extra-special after-school activities!

With this being the third stop on the tour, it was... read more 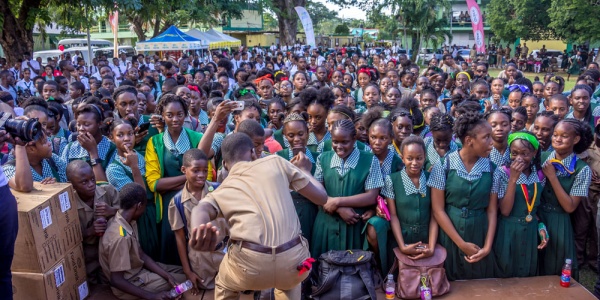 St. Jago High was the fourth stop along the Grace Flava With A Beat Champs School Tour where the Grace team brought the vibes and the ‘flava’ on Tuesday, February 13th. St. Jago is one of the few schools that represent in both Boys and Girls Champs, and last year came 3rd overall in the Girls competition, and 4th in the Boys.

The day after this tour was Ash Wednesday, and what does that mean? Holidayyyyy!! So, the student body was already pumped and the Grace team’s activities was the icing on the cake! MC Badda Bling, the Grace Flava-full dancers and the Grace team brought the... read more

Grace brings Flava With A Beat  to Excelsior High School 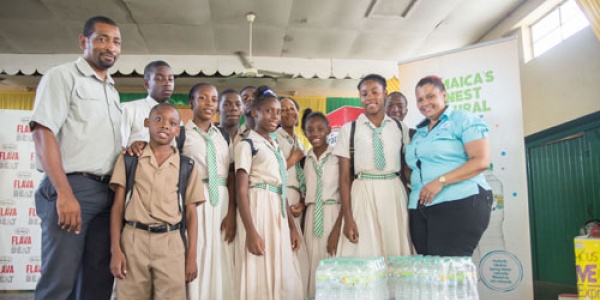 The Grace Flava With A Beat Champs School Tour is on the move and made its second stop at the Excelsior High School on Wednesday, February 7. MC Badda Bling, the Grace Flava-full dancers and the Grace team kept the energies high with competitions, lyrics clashes and giveaways from the sponsors, Grace Lishous, Grace Franks, and 876 water.

As the doors of the Excelsior High auditorium opened, the students rushed in their numbers to join the fun and festive stage activities. Throughout the afternoon, the students participated in various competitions such as the 876 lyrics clash, the... read more