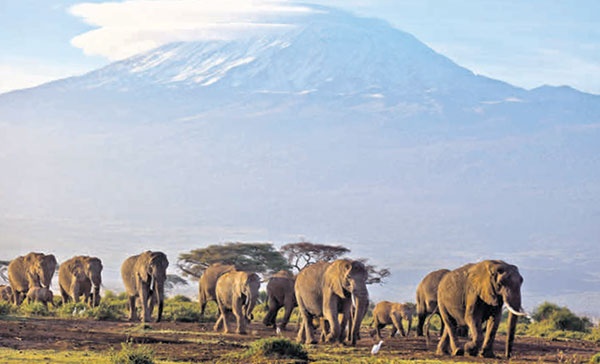 1. LANDMASS: There are 54 countries in Africa — and nine territories -with more than 1.1 billion people living on the continent. This is 15% of the world's total population.

2. Largest country: Algeria covers a the greatest portion of the continent's landmass.

3. Largest city: Lagos, in Nigeria, with more than 21 million inhabitants, is also one of the six biggest metropolitan cities in the world.

4. Largest island: Madagascar, in the Indian Ocean, is the fourth-largest island in the world (after Greenland, New Guinea and Borneo). 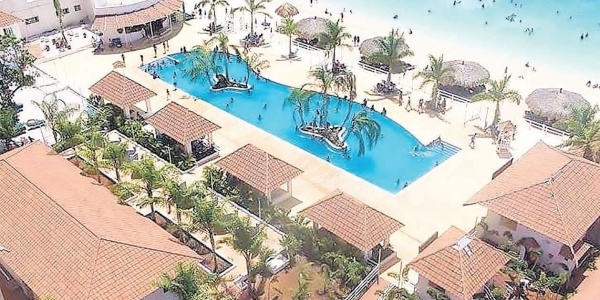 Puerto Seco from a bird’s-eye view – a fantastic layout of the beach attraction.

For those of you who adore the sunny beach and cool ocean air, put Puerto Seco Beach in Discovery Bay on your list of places to spend a day. According to General Manager Rory Baugh, “Puerto Seco is basically what I would like to call a luxury beach club for the Jamaican diaspora and visitors to the island.”

Opening from 8 a.m. to 5 p.m. throughout the week, the club offers a comprehensive dive programme, sailing, snorkelling, kayaks, paddle boarding and a Wibit obstacle course which, Baugh warns, is “not for the faint of heart”.

“We do warn our clients that if they have any... read more 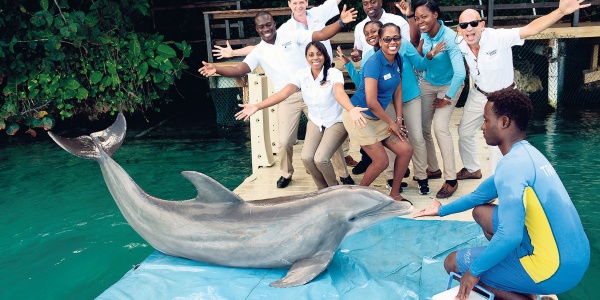 Since its inception in 2001, Dolphin Cove Ocho Rios has revolutionised the concept of an aquatic attraction in Jamaica. The company’s founders, Stafford and Marilyn Burrowes, wanted to bring a new experience, one that was different from the traditional attraction, to the tourism scene.

As entrepreneurs, they were always thinking about what business they could do to accommodate their guests. On a trip to Key West in Florida, they were passing a dolphinarium and decided to check it out. They were told that there was no space for three days as it was completely full. This was the light... read more 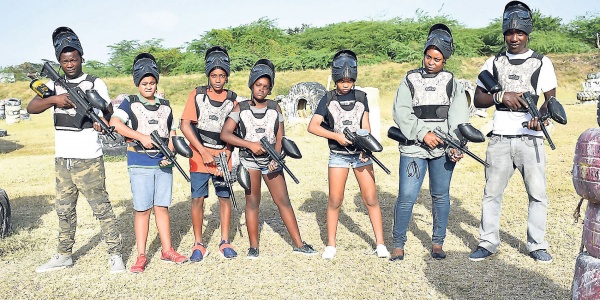 If you’re looking for a day of pure and diverse fun, get excited about taking a trip to DaCosta Farm and Attraction, located in the southern parts of Hill Run, St Catherine. Take your friends or family along for the enjoyment. Upon arrival, you will be greeted by the impressive view of DaCosta Farm’s own fresh-water fish pond, an introduction to a promising day filled with various attractions.

Paint-balling, fishing, an MX bike track, buggy rides and the ever-appealing water park are just some of the things that will get you excited. Karen DaCosta, DaCosta Farm’s general manager,... read more 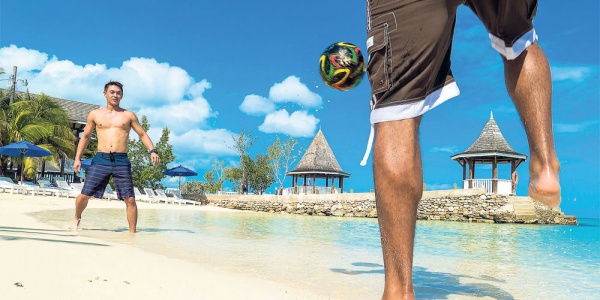 AGAINST THE beautiful backdrop of Montego Bay’s coastline is the family-owned business, SeaGarden Beach Resort. A local family bought the property in 1986 and operated it as Club Paradise until the mid-1990s, when it was renamed SeaGarden Beach Resort. The resort closed at the end of the 1990s, but reopened on December 20, 2013.

Given that it is a legitimate fiveminute drive from Sangster International Airport, it has become a favourite for many tourists, especially those from North America. “We have a lot of persons coming from Canada based on relationships we have built over the... read more 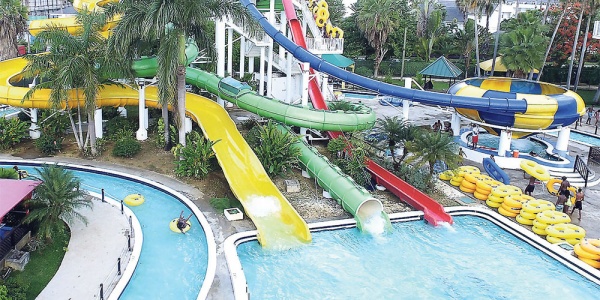 Where in Jamaica would be the most ideal place which would fit all the criteria such as family oriented, wet and dry activities and not to mention really good food? We have searched across the island and found a precious gem within Jamaican tourism, which is the Kool Runnings Water and Adventure Park.

The key features within Kool Runnings are the seven water slides which capture the essence of Jamaican culture through their names. These are; The Jamaica Bobsled Ride, Kick Puppalick, Green Grotto, Sly Mongoose, Duppy Conqueror, Lightning Bolt and the Red Snapper. Patrons can also... read more

An adventure for the family at Chukka Good Hope 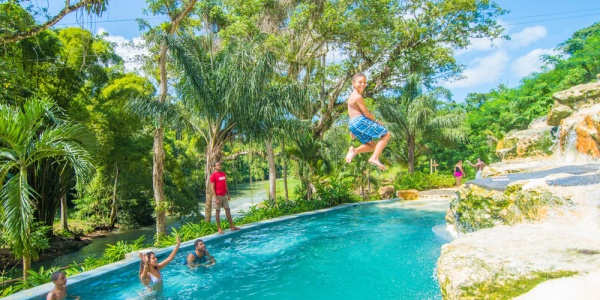 The year is just getting started and so are you on that adventure-filled bucket list. Instead of spending a fortune to make just one tick, work your way down the list in just one outing on your next excursion to Chukka, Good Hope. In one location, there’s zip-lining, river-tubing, historic tours, ATV’s, waterfall fun and so much more – truly, an adventure for any traveller.
Overview:
Chukka Good Hope takes its name from the historic Good Hope Estate which was once a working village and sugar plantation in Falmouth, Trelawny. On the estate sits the Great House... read more 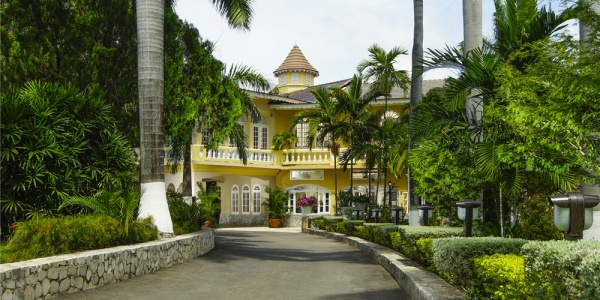 A Jamaican Family Owned hotel with a difference

Against the beautiful backdrop of Montego Bay’s coastline is the family-owned business, SeaGarden Beach Resort. The local family bought the property in 1986 and operated it as Club Paradise until the mid 1990s when it was renamed SeaGarden Beach Resort.  The resort closed at the end of the 1990s and recently reopened on December 20, 2013.

Given that it is a legitimate five minutes from Sangster International Airport, it has become a favourite for many tourists, especially those in north America. “We have a lot... read more 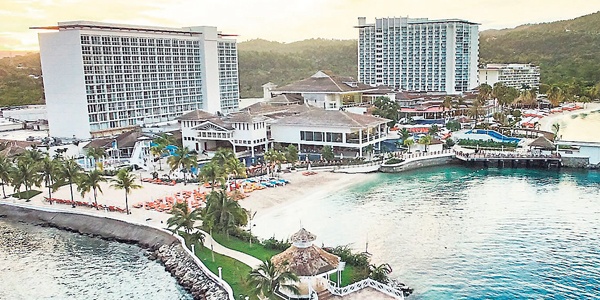 At 21,000 square feet, the property has something for everyone.

Ever since Moon Palace, a hotel franchise based in Mexico, took over Jamaica Grande, it has managed to maintain the high occupancy rate the property has always been known for. It has also seen more guests coming from Kingston, due to the North-South Highway, which cuts the journey down to 50 minutes instead of the two hours the traditional route takes. “We have a lot of local guests who come here, especially on holidays. Sometimes it’s unbelievable how popular we are with our local business community, who will often book several rooms for their top managers,” claimed Dean Paul Chambers,... read more