It is almost the end of the 50th season of TVJ’s Schools’ Challenge Quiz and the semi-finals have been heated.

The week started with an entertainment quiz between Team Dahlia, captained by actress, television personality, public speaker, and film and theatre director Dahlia Harris, and Team Ity, led by comedian Ian ‘Ity’ Ellis. Team Dahlia won the toss and decided to go first. The Opening Challenge ended with Dahlia’s team in the lead, on seven points, and Team Ity on six points. The lead continued after the Speed Challenge, in which Team Dahlia scored approximately 28 points, while... read more

The 50TH season of TVJ’s Schools’ Challenge Quiz is quickly coming to an end, but the competition is heating up as only the strong and the resilient have made it this far in the competition.

The week of quiz opened with a third-round matchup between Ardenne High School and Westwood High School. Ardenne won the toss and decided to go first. The Opening Challenge saw a slow start for Westwood, but they caught up to their opponents when they answered Ardenne’s question, ending the round five-all. Ardenne dominated the Speed Challenge, leaving Westwood six points behind them, and went... read more

The week started with the unexpected! Titchfield High School has been eliminated from the 50th season of the Schools’ Challenge Quiz competition by Central High School.

After queries, Titchfield gained another point and went into the buzzer section... read more

SCHOOLS’ CHALLENGE Quiz 2019 featured low scores but still some interesting face-offs, the first of which was the matchup between Manchester High School and Cornwall College.

Manchester High School won the toss and decided to go first. After the Opening Challenge, the teams seemed evenly matched, as the round ended on a three-all tie. Cornwall, however, created a gap by the end of the Speed Challenge, which ended 20 to 16. The buzzer section of the match had both teams trailing each other until the end of the section with Manchester High on 24 and Cornwall College on 26. Queries... read more

LAST WEEK’S matches during the 50th anniversary of TVJ’s Schools’ Challenge Quiz were nail-biting, as many top schools vied for a spot in the next round of the competition.

The first was a match-up between St Catherine’s St Jago High School and St Andrew’s Meadowbrook High School. St Jago won the toss and allowed Meadowbrook to go first, but led from the opening challenge to the end of the buzzer section. The final score read 33 to 21 points, in St Jago’s favour.

The second match for the week was between Knox College from Clarendon and Immaculate Conception High School from... read more

Week six of the 50th season of TVJ’s Schools’ Challenge Quiz began with a bang as Wolmer’s High School for Girls from Kingston faced off with Mount Alvernia High School from St James.

The match was one to watch, as both teams were neck and neck from the Opening Challenge, which ended eight to nine in favour of Mount Alvernia High School. The one-point lead was maintained by Mount Alvernia up to the Speed Challenge, which ended 28 to 27. However, during the break, queries were made and Wolmer’s Girls gained a point, officially ending the second round at 28 all.

WEEK FIVE of the 50th season of TVJ’s Schools’ Challenge Quiz featured some pairings from which the winners could easily have been predicted, except for one match.
The week started with match 25 between number 3-seed Ardenne High School and number 62-seed Green Pond High School, who were entering the competition for only the second time. The match ended with the experienced Ardenne High on 39 points and Green Pond on 15 points.

Anthony Williams, coach of Ardenne High School, was happy his team won, but there was slight disappointment. “Although they (the Ardenne team) won,... read more 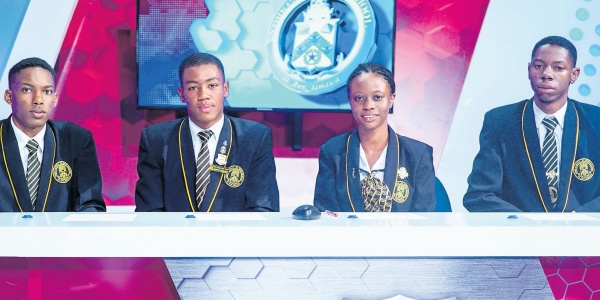 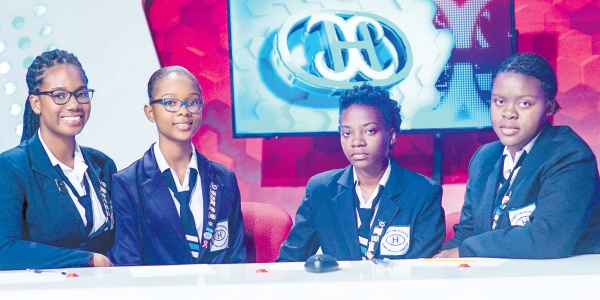 The Opening Challenge saw both teams working hard to move on to the second round. However, Morant Bay High School lead the match with nine points compared to Hampton School’s seven points.

The scoring was much similar for the Speed Challenge, except that at the end of the second round of the... read more