Dear Counsellor: TO VAPE OR NOT TO VAPE 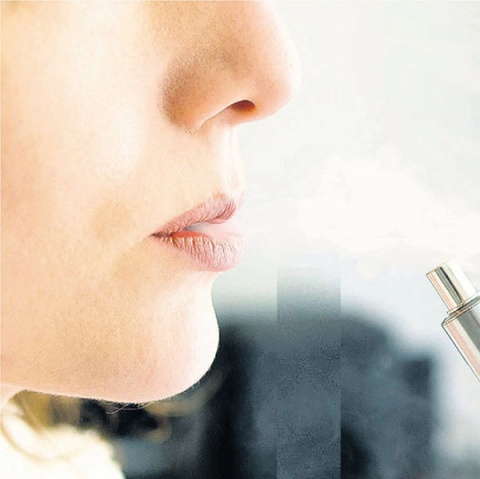 Dear Counsellor: My name is Sash and I am a 13-year-old female. I have been using a fruit-based product called 'JUUL' instead of smoking marijuana or cigarettes. My friends all do it, and I do not think it is as harmful as some people believe. I know it is harmless as it is just a fruit-flavoured product that most teens use now. My parents, I know, would not understand, nor would they allow me to vape. I think 'old people' just need to get with the times and chill a little. What do you think?
— Sash

Dear Sash: According to Linda Richter, PhD, vaping is the act of inhaling and exhaling the aerosol, often referred to as vapour, which is produced by an e-cigarette or similar device. The term is used because e-cigarettes do not produce tobacco smoke, but rather an aerosol, often mistaken for water vapour, that actually consists of fine particles. A growing body of evidence indicates that vaping products may be dangerous.

Many of these particles contain varying amounts of toxic chemicals which have been linked to cancer, as well as respiratory and heart disease. Despite early optimism when these products first came on the market in the late 2000s, health advocates now recommend caution in using them in light of growing evidence suggesting that their risks, especially to young people, outweigh their benefits.

The newest and most popular vaping product is the JUUL, which is a small, sleek device that resembles a computer USB flash drive (creative design to reduce detection by parents and school personnel). Its subtle design makes it easy to hide, which helps explain why it has become so popular among primary- and high-school students. It now accounts for about 72 per cent of the market share of vaping products in the United States (local data not available). It comes in several enticing flavours, like creme brülée, mango and fruit medley.

Every JUUL product contains a high dose of nicotine, with one pod or flavour cartridge containing about the same amount of nicotine as a whole pack of cigarettes! !!

Sash, as far as my research goes, nicotine is a toxic substance. It raisesyour blood pressure and spikes your adrenaline, which increases your heart rate and the likelihood of having a heart attack. There are many unknowns about vaping, including what chemicals make up the vapour and how they affect physical health over the long term. Research published in January 2018 on 'Vaping and DNA Damage' found that mice exposed to e-cigarette vapour displayed DNA damage in the lungs, bladder and heart. The researchers added that it was possible that e-cigarette smoke may contribute to similar damage in humans.

I am hoping that your opinion that vaping is less dangerous than marijuana and cigarettes will have changed, and that you and your friends will find another form of recreation that will be of more benefit than harm to your health and well-being. Old people are old because they have lived long and have had experiences that will help you to one day earn the same title. I encourage you to do your own research on vaping, and that you will now become an advocate for teens who make sound choices as far as abstaining from using vape and any other unhealthy lifestyle activity is concerned.

I wish you all the best! Dr Karelie Hylton, PhD Counselling Psychologist karelle_hylton@yahoo.com