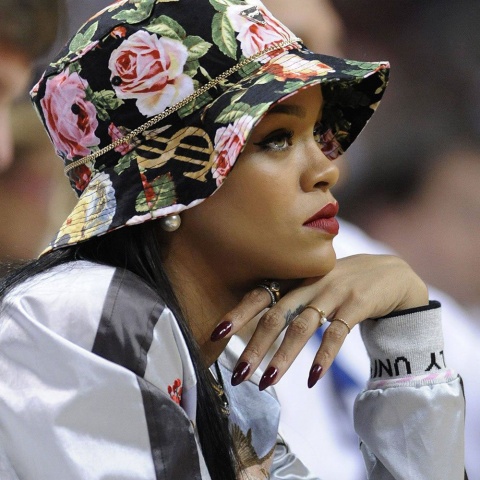 Style is an unavoidable part of our everyday lives, whether we think we practice it or not. Like a majority of things we’ve grown very used to, very little attention is paid to the origin of style trends, especially by the general public. Whether we take note of it or not, the way we dress reflects a multitude of cultural influences from our past, especially in the diverse Caribbean. Given the significant role Europeans have played in our history, it is only natural that they would have notable influence on our sense of dress. While the true origin of many of our style trends are ambiguous, the ones listed below were those highly notable among European trends of the past. Some may surprise you!

The dress-pants, jacket and tie combination is one of the less surprising modern adaptations of British formal wear. Sources like GQ magazine have documented their own trail following the modern lounge suit through European history. The suit holding the most distinctive resemblance to what we wear today is said to have originally been decreed by King Charles II in the late 17th century. Minus an added wig and a hat, most men today make a habit of dressing similarly to the men of the 17th century for English Court. Of course, modifications having been made over the centuries which brought of to the modern version we know as the lounge suit, which was popularised by Hollywood in the 1900s.

The use of bags to carry necessities is much too basic a practice to narrow to one culture. However, the term "handbag" is said to have rose out of Europe in the early 1900s, generally referring male to hand-held luggage bags. Websites like tassenmuseum.nl suggests that the Industrial Revolution saw a great impact on the progression of handbags in Europe. With an increase in travelling, women needed larger, sturdier bags as opposed to the then popular reticules (smaller, usually embroidered bags), to carry their items. Essentially, this gave rise to the more popular style of handbags we know women to carry today from designers such as Chanel, Louis Vuitton and Hermes who emerged between the 18-1900s.

This re-emerging trend sees garments made from strong often inflexible material (e.g. leather) generally worn underneath normal clothing to mold the body into a desired shape. In today’s world it is popular among groups such as the Kardashians. In an article on waist training the Galore magazine linked the modern waist trainer to European corsets of the Middle Ages. Waist trainers were intensely popular and more commonly referred to as a corset in 16th century Europe. It is said that the trend started with the wife of King Henry II of France, Catherine de’Medici who passed a ban on thick waists at court attendance in the 1550s. The corset/waist trainer was used then and is still used now to slim the waist making the breast, hips and posterior appear larger.

Headbands, known commonly in Jamaica as ‘bandoos (from the French ‘bandeaux’) is a long-lasting trend in popular culture. Sources like kooshoo.com associate our modern headbands with the wreaths worn by Ancient Greeks and Romans. It is said to have originated with the Greeks and Romans between 475 BC to 330 BC. In a bit of contrast to the style now, the Europeans wore these accessories on special occasions and adorned them with pieces of gold and silver. The style continued throughout Europe, regaining popularity in the 20th century with the Flapper headband and the Alice band (based on Alice in Wonderland). It again gained great popularity in the 21st century as sports wear, largely through tennis and basketball.

The bucket hat we know today was also commonly knowns as a fishing hat in Ireland of the 1900s, where it was traditional for farmers and fishermen to wear bucket hats as protection from the rain. Despite origins of the bucket hat being associated with The Israeli Defense Force of the 1940s (Complex magazine), the trend was definitely also popular in Ireland and later among the English upper class.  These hats are still made from reliable, water-resistant material such as wool or even jeans. The trend continued to re-emerge through the years with popular personalities such as Sean Connery (Indiana Jones movie), Barbra Streisand and Rihanna.