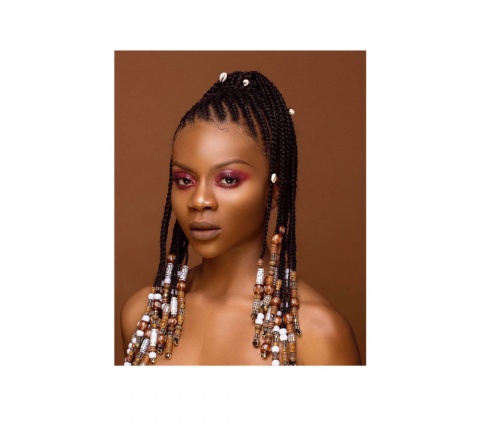 As we know undoubtedly in the Caribbean, the African culture is rich and powerful. The power of this culture has allowed it to influence patterns of life all over the world. Fashion in the Caribbean as well as general popular culture was therefore not exempt from African influence. There are certain styles we sport that, despite their possibly ambiguous origins, have a distinctly African influence.

5. Braids
The practice of braiding hair has been observed in multiple cultures all over the world. However there is no denying the intensity of the trend in African culture. According to africa.com, braids and locs have been custom in tribes such as the ‘Himba people’ for centuries. The hairstyle can be traced back to Egypt back to 3500 BC. Braids were often used not only for styling but as a means of tribal distinction and social identification.

4. Headwraps
Headwraps are another style trait popular among different cultures. However the style was certainly a customary tradition among African women including Nubian and Nigerian queens, ranging from ancient times to the 1700s and stretching into today’s popular culture. Headwraps were often symbolic of royalty and also used to discern age, religion and marital status.

3. Hair beads
Having beads in our hair is a trend we might all remember from early primary school. The use of beads as hair adornment has centuries-long been associated with the Fulani and Wodaabe Tribes of the Sahel Region and West Africa. They were used for aesthetic as well as tribal purposes. Check africa.com for a variety of authentic African hairstyles, including tribal braids and bead-work.

2. Clothing patterns
Of course the practice of wearing clothing with patterns didn’t originate in one culture. However there are certain popular clothing patterns we wear today that are distinctly African. These patterns tend to be intricate, bold and colourful with distinct shapes and symbols. Afrizar.com shares examples of African patterns popular in today’s fashion including Swiss voile garments, Ankara styles and Wax prints. While the Swiss voile style, popular in Nigeria, is used largely for home decor, Ankara and Wax Prints are trendy styles for clothing, especially in the West African region. These styles have been largely associated with Africa, specifically throughout the 20th century.

1. Makeup
Makeup is undoubtedly a universal trend. Multiple cultures utilized paints, dyes and various substances to adorn their faces. However many of us might not be aware of the roots facial cosmetics hold in African history. It is said the the ancient Egyptians created the world’s first cosmetics from copper and lead. Swaliaafrica.com gives details the Ancient Egyptian world of cosmetics. These people also made use of substances such as castor oil,  red ochre, kohl, sycamore juice and beeswax for skin care and preservation. This dates back to around 4000 BC. It is also a long-standing custom to adorn the face with paint and other cosmetic-like substances in african tribes such as the Bororo of Niger and the Xhosa of South Africa.