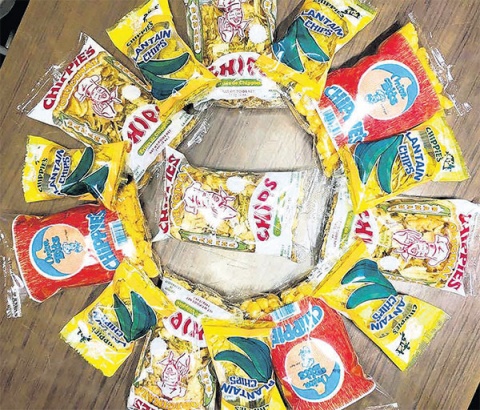 "It's distinctly Jamaican from its inception because it was born and bred right here. "

If there were one snack that is almost impossible for a Jamaican to not know, that snack might just be Chippie's Banana Chips. For the last 55 years, Chippie's products have been on our shelves and in our stomachs, thanks to Native Food Packers Limited. Managing Director Adrian Grant briefly relates how his parents developed the business through humble operations from a small space with only a single meat slicer as their machinery.

"We began in a kitchen. I guess it doesn't get much more humble than that. [They worked] early mornings to late nights," he explains. It's natural for one to wonder how such a household brand could have developed so significantly out of one small kitchen. Well, Grant credits the success of the Chippie's brand to the enduring quality of the products, namely the banana chips, which can be found at some point in most of our households.

"The way we have done things over the years has not changed much. So if you are 30 years old, 40 years old, 50 years old, the Chippie's Banana Chips that you tasted when you were in prep school, it's the same taste that it has now," he shares. Essentially, the production process for Chippie's has not changed significantly outside of mechanical and minor packaging upgrades.

Speaking of packaging, Youthlink was able to clarify a minor miscon- ception regarding the packet design for one of our favourite snacks  the white, red and green colours that we know to adorn the Chippie's packets today have not been there.

"what has happened is that the changes have been very subtle, and that has beendeliberate," he says. The white sections of the packaging were added later to assist with coverage of the product in order to lenghten it's shelf life. However, the general design of the package was deliberately kept similar to the original in order to help the brand remain distinct. It was revealed that Chippie's had attempted a major packaging change years before, only for its sales to plummet as a result.

The managing director says that the consistent and district appearance and taste of Chippie's Banana Chips is what has kept it in compettition since it inception.

"chippie's is the standard-bearer for banana chips in Jamaica; as such, the brand has the strength and resilience that has enabled it to withstand the competition over years," he says.

Many of Chippie's' biggest achievements since its establishment can be attributed to resilience of the brand itself, as well as that of the staff.

"We have had staff that are with us for 40 years; to me, that is probably our greatest achievement. We've supported this family for this long, and we have supported many other families for extended periods," he says, beaming.

A number of staff members have also worked with the company for over 20 years. Grant tries to continue to foster that environment through his open and hand-on approach to helming thr operation.

"I try to be a very inclusive leader, meaning i will take suggestions and recommendations from anyone – from the person sweeping the yard to our most senior manager,” he shares.

Outside of the cultivation of a good and lasting staff environment, Grant also cites the product expansion of the Chippie’s brand as a significant achievement. Popcorn, onion bits, cheese curls, canned cashews, canned peanuts and plantain chips have emerged alongside the staple banana chips over the years.

As it has made itself as a household name, Chippie’s has given back to the community in subtle but significant ways.

Grant says: “I believe that our contribution has been mainly to the surrounding community. Many of our workers walk to and from work, so there are a lot of workers who are hired from within the community.”

Chippie’s also participates in much charity work within the community, especially during back-to-school time when the need for books and other materials is pressing. Despite not being able to offer many opportunities for internships, the brand has focused more on adopting mechanically gifted community members on to the staff, as well as offering some variation of apprenticeship work.

The managing director also conveys that Chippie’s believes in the potential for youth to contribute to business.

“I think it is very important. Obviously, teenagers are the future, right? Eventually, they are going to be in my position and in all the major positions throughout the country and the world. It’s important to involve them now because the earlier they learn, the better off they will be and the further they will go. When they get to my stage, they will achieve more than I achieve if they learn what I learned earlier than when I learned it,” he says.