What would Bob say? 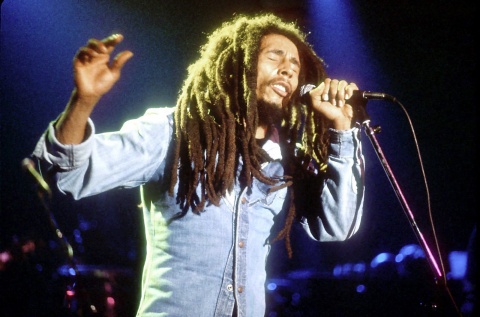 February celebrates the birthday of one of Jamaica’s most ionic musician, Bob Marley. We all know him as the king of reggae, some described him as an activist and also a true prophet, which most of us would agree on.We are currently being plagued by a few socio-economic issues,now more than ever his words are needed to provide guidance through this tumultuous terrorizing our country. So, what would bob say about…...?

1. Teen depression-is a serious mental health problem that causes a persistent feeling of sadness and loss of interest in activities. It affects an affectedteenager thinks, feels and behaves, and it can cause emotional, functional and physical problems.

BOB: “Men and people will fight ya down/ When ya see Jah light/ Let me tell you if you're not wrong/ Everything is all right/ So, we gonna walk, all right! / Through de roads of creation/ We the generation, trod through great tribulation”.
Song: Exodus

2. The recent spike in crime and ZOSO operation-  ZOSO (Zones of special operation) is an act to provide a unique measure for upholding and preserving the Rule of Law, public order, citizen security and public safety in certain geographical defined areas for Jamaica. This is an initiative to curb the violence level in volatile areas, who recently had a spike in criminal activities in their vicinity.

BOB: “No Chains around my feet/ But I’m Not Free/ I know I am Bounded in captivity, oh now”. “Concrete Jungle/ why won’t you let me be.”
Song: Concert Jungle

3. Child Abuse- Child abuse or child maltreatment is physical, sexual, or psychological maltreatment or neglect of a child or children, especially by a parent or other caregiver.Every child who has experienced abuse or neglect will have their own response to the trauma. While some children have long-lasting effects, others are able to recover quicker and with ease. There is not a right or wrong way for a child to manage effects of the abuse and neglect they have suffered.
Bob: “But someone will ‘ave to pay/ For the innocent blood/ That they shed Every day/ Oh, children mark my word/ It’s what the Bible say, yeah!,yeah!”
Song: We and Dem

4. Slow Economic Growth - The Jamaican economy has been on a somewhat stagnate level, in fact, eveninthe last 5 years we have not yet seen any drastic improvement in the economy’s development.  With that being said there have been a number of ingenuities and measures put in placed to aid in the development, but unfortunately have yet to show any major contribution.