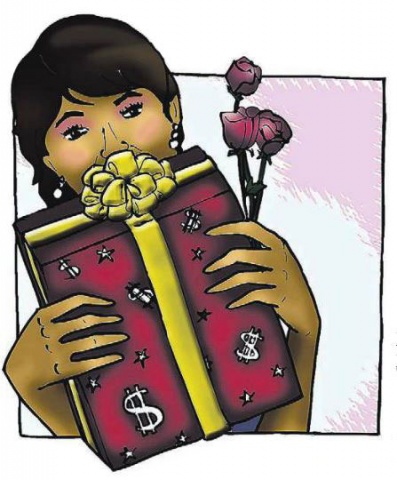 1. He doesn’t want to spend
There are some guys who see Valentine’s Day as just an extra strain on their pockets and to avoid that, they put up the façade of not believing in it or celebrating it. Usually these guys are easy to identify and follow a pattern of thrifty spending. So, if he is always a little stingy then on Valentine’s Day, don’t expect anything different.

2. He’s not into expressing emotions
The nature of Valentine’s Day constitutes a whole lot of expressing deep feelings that some guys don’t usually do. It doesn’t always means he isn’t into you, it can also mean that he doesn’t know how to express himself and he’s a tad bit emotionally unavailable which is true of plenty guys.
3. He’s just not that into you
If he gives you the “I don’t do Valentine’s” excuse then chances are he’s just not that into you. It could also mean you’re not his main bae or the relationship is just not where you think it is so translation: he ‘doesn’t do Valentine’s’ just where you’re concerned. Harsh, but possible.

6. He just doesn’t think it’s necessary
So maybe he isn’t a stingy spender and he’s totally into you and didn’t have a bad experience in the past. In that case, he probably just doesn’t see Valentine’s Day as necessary. He’s going to say, “Everyday should be about expressing love” and that’s totally fine….as long as he’s giving you chocolate and roses every day! LOL!