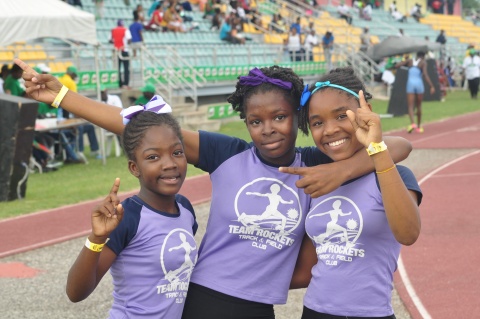 Persons island wide came once more to hear the starting officials set off their participating team in this year’s Milo Western Relays, and to experience nerve wrecking battels to see who will cross the finish line first.

On February 10, 2017, The Milo Western Relays saw its 40th Staging, to host a numerus of track and field events, which was primarily set to showcase talented athletes from schools from the western sections of the island. Although primarily targeting western athletes, there were a few familiar faces who made their presence known, from the eastern sections of Jamaica. Patrons where entertained with a number of track and field events, also they got the chance to witness  some of Jamaica’s MVPs Like Sherone Simpson, and Elaine Thompson,  who demonstrated why they are deemed as MVPs. The day’s events were organized by title sponsors Milo, and with some help Digicel who was also one of the major sponsors ensured that there were giveaways throughout the days festivities. The Gleaner Youthlink Award was given to outstanding junior male athlete for 2017 season, Anthonio Watson from Pitersfield High School and outstanding junior female for 2017 season Kevona Davis from the Edwin Allen High School.